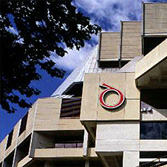 For a decade The Armed Man, A Mass for Peace, has remained one of the most often requested and performed choral works. This special anniversary performance, conducted by its composer Karl Jenkins is presented on Remembrance Sunday as a fitting reminder of the message for peace which is even stronger 10 years on. This special performance, accompanied by the original moving imagery also features other popular works by Karl Jenkins including