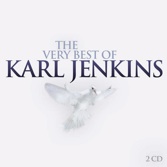 The Very Best of Karl Jenkins

Karl Jenkins, who was awarded a CBE in 2010, is widely recognised as the world’s most popular living composer following a recent poll by renowned cultural commentator Norman Lebrecht. The Armed Man: A Mass for Peace is his most performed work, having been performed over 1000 times since its world premiere at London’s Royal Albert Hall in April 2000. Commissioned jointly by The Royal Armouries and Classic FM, it was initially inspired by the Kosovan conflict, but the clear message of hope this work brings to so many resounds even stronger ten years later. The piece regularly sits high in the Classic FM ‘Hall of Fame’ voted for by listeners, coming in at #15 in the latest poll, making Karl Jenkins the radio station’s best-loved living composer.