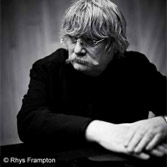 An interview with Karl Jenkins

This interview was conducted with Karl in April 2015

When did you first develop an interest in music?
Well I was fortunate that my father was a musician; a music teacher and also a chapel organist and choirmaster so music was always in the house. It wasn’t that I developed an interest so to speak but more that it was just always there, in both recorded and live forms, and I took to it from an early age.

Whose music did you admire when you were younger… and now?
As I grew up I learnt the piano with my father, and then before I went to school I started learning the recorder. When I went to Gowerton Grammar School I took up the oboe, and from there I began playing in youth orchestras such as the National Youth Orchestra of Wales. I was brought up in that classical upbringing, so my early heroes therefore are the same as my fathers’: the likes of Bach, Mozart, Beethoven etc. through to Bartok and Stravinsky. But in my teenage years I found a huge interest in jazz music when I realized that classical contemporary composition didn’t appeal to me. There are numerous people in this category but I’m talking about the likes of trumpeter Miles Davis and saxophonist John Coltrane. However I’ve always tried to be open to all forms and I’ve never wanted to categorize music as such.

Is this where you get the majority the inspiration for your work?
Well inspiration is a word I don’t really understand, to be honest. Many of the great composers wrote music to order – Bach wrote cantatas and Mozart wrote operas or whatever, so much of my music is written to order as well so I just get down and do it, a little every day. I tend to sit down at the keyboard and doodle around. The good ideas I keep, and develop, and the ones I don’t like tend to be jettisoned. But I never wait for lightening to strike; I find it never works. It’s just a question of working on developing ideas, and it becomes gradually easier. At the moment one still gets good days and bad days but as a general rule, one learns how to do it.

Percussion instruments have a central role in a lot of your work. Why are they so important?
Well I suppose that came from my jazz heritage and upbringing. I’ve always wanted to use percussion more as a pulse, as it is in jazz and rock music, and use vocal possibilities as more of an interjection of colour, as would be the case for the most part in classical music, so it stems from that I think. I’ve always been influenced by other world cultures and ethnic music, and so I’ve always invested heavily in ethnic percussion, especially South American rhythms and jazz percussion. Through the years I’ve also worked in different areas, including advertising music – especially jazz and rock fusion bands – so all of these kind of influences went into whatever melting pot there I have, and out of it comes what I have eventually ended up creating. That is, I suppose, music based on classical principles, but always borrowing or looking to other cultures for motivation, ideas and instrumentation. It’s as simple as that really.

With this in mind, which compositions are you most proud of and why?
Well it’s kind of odd because it’s hard to quantify. One would normally say the Armed Man as it’s the most popular and has been performed nearly 2000 times and it does have a resonance with people that goes beyond the actual music. But I think there’s better music in my Requiem than in the Armed Man. The Peacemakers I like; Adiemus too for different reasons, though that’s very off-the-wall and difficult to categorize. I don’t have favourite offspring really, they’re all my children in some kind of way really and I like all of them – or hate them(!) – in different ways.

Are you working on any major projects at the moment?
Yes the imminent work that I haven’t started yet is the piece that I am writing to commemorate the 50th anniversary of the Aberfan disaster of 1966. Aberfan was a South Wales coalfield near Merthyr Tydfil which suffered a geological shift due to torrential rain and water springs underneath the surface of the land, which proceeded to envelope a school, killing 116 children and 28 adults. That date will be commemorated in October 2016 so I am writing an hour-long work for orchestra, adult choir and children’s chorus. The fantastic multi-lingual Welsh poet and librettist Mererid Hopwood is offering the text and I am honoured to be providing the music.