“Karl Jenkins has to be one of the most multi talented and popular composers of our time.” 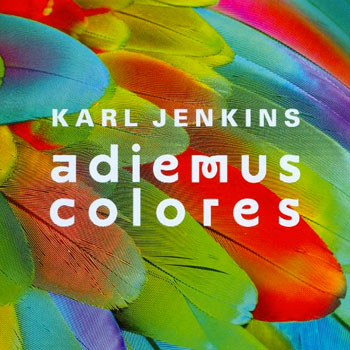 Karl Jenkins' Adiemus albums are known worldwide, all of them variations on the unique musical concept which he pioneered with the million-selling Adiemus: Songs of Sanctuary in 1995. It has been well over 10 years since he last released an album under the Adiemus umbrella, so there's keen anticipation for the brand-new Adiemus Colores. This time Karl has looked to South America for inspiration, adding arresting musical colours and Latin rhythms such as the tango and the samba to the mixture which, of course, uses Karl's invented language as text; using the human voice as an instrument and not as a conveyor of narrative.

Adiemus Colores is the first album Jenkins has made for Deutsche Grammophon . Karl went in search of musicians who would share an instinctive feel for his new music, and he was delighted to be able to call upon the services of other performers from the Universal Music roster. These included the trumpet of brilliant Venezuelan musician Pacho Flores, a superb Lisbon-based fado singer Cuca Roseta, Mexican tenor Rolando Villazón, and the fast-rising classical guitar star Milos Karadaglic. The choir is the Adiemus Singers (from Helsinki) and the orchestra is the specially formed Le orquesta de colores.

Adiemus Colores is packed with intense and characterful musical performances. As the title suggests, Karl has named the tracks after different colours to suggest their character - red for passion, white for innocence, turquoise for sensuousness and so on. “They're pegs on which to hang the music”.

You can preview all the tracks on the album by listening HERE.